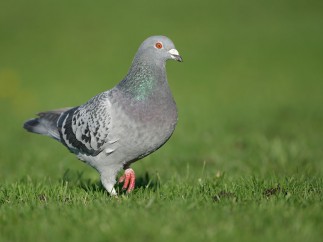 The annual cost spent repairing the damage caused to private and commercial properties by birds such as feral pigeons and gulls runs into millions of pounds, whilst at the same time jeopardising business profits, endangering public health and safety, as well as causing breaches of the Food and Drugs Acts. The threat to human health posed by feral pigeons nesting in or on buildings goes largely unnoticed. As they forage for food amongst rubbish on our streets, pigeons are capable of passing on a wide range of diseases including Cryptococcal meningitis, Ornithosis, Tuberculosis and Salmonellosis. Apart from the significant health risks and causing considerable structural damage, these birds can also be an important vector of secondary infestation by pests such as lice, mites and flies.

Bird strikes to aircraft can cause catastrophic damage and have resulted in many fatalities. These cause annual damages that have been estimated at $400 million within the United States of America alone and up to $1.2 billion to commercial aircraft worldwide. The most dramatic recent bird strike was the US Airways Airbus A320 crash in New York’s Hudson River in 2009. Fortunately, there were no fatalities. While knowledge of bird biology and environmental factors are crucial, birds alone do not cause bird strike problems. Collisions between birds and aircraft will always occur but the risk of severe damage can be reduced with the proper application of bird control techniques.

All wild birds, their nests and eggs are protected in Britain under the Wildlife and Countryside Act 1981. Certain species however, which currently includes feral pigeons and several species of gull, may be controlled under licence by authorised persons. Numerous legal, humane and effective control methods are available to prevent pest bird damage and contamination. Bioguard offer a comprehensive range of recognised techniques, including proofing and the cleaning and disinfection of contaminated buildings.

An unattended minor problem today, can often become a major issue requiring expensive solutions in the future. If you think you have a pest bird issue, please call today.